Rush
Senna
24 Hour War
Ford vs Ferrari
Trading Paint
Blink of an Eye - Have not seen this yet but heard from a fellow racer is is tip top.
Uppity
The racing Life of Paul Newman.


Just watched Uppity and have followed Willy T since the early 80's. Good story, it will put the wife and kids to sleep unless they are hardcore race fans. I enjoyed the movie and from a Willy T fan perspective, it was nice to see his story told.
I clearly remember his NASCAR debut and him at INDY. One section of the movie I found really funny and it has to do with a former Olympian. (no spoilers) He was a beast of a driver in Trans AM and when he drove Toyota's for Dan Gurney's AAR team. One of my all time favorite races when he was at Long beach in an underpowered car and dominated. His Driving is a sight to behold and I still watch it to this day. I forgot about the Scott Pruitt Tran AM race and what happened. (again no spoilers)

The movie did leave out the death of 2 workers at an Indy race in Vancouver (1990) which I surprised as he was involved in it. Sad story for those that don't know as it was a racing incident and he really could not be faulted for what happened. Not sure why it was omitted as Carolla is a good filmmaker, maybe it had to do with bringing up old wounds with the the deceased and family members. It also brought up Cosby and his 'issues;, not sure what that was put in the movie for.

I did enjoy the movie as it details how he came up through the ranks in a sport in the 70's-80's-90's dominated by whites. In case you don't know who he is he was the first African American driver to race in Indy, NASCAR, TransAm and test an F1 car. Dude could drive.
It would have been nice to see the other side of the story for some of the people he worked with and competed with. Jack Rousch, Scott Pruitt and his former engineer Paul Leffler. To me it is a bit unfair to accuse someone of something and not have a chance to defend yourself. They did have David Hobbs on and he was solid but he was the only one that was interviewed. David and Willy were teammates and it was more of a competition issue than a racial issue, at least that is how I took it.

He was as outspoken as Ali was which made people HATE him, he sure did like to take people on.

Solid movie for a race fan, solid movie for the struggles of a man, solid movie all around. I thought it was going to be a preacher - holier- than -thou PC fest and it was just the opposite. He wanted to call the movie "Uppity N-word" and to me that takes huge balls. Of course they would not allow the movie to be called that.

Joined Jan 18, 2016
·
2,196 Posts
I have never seen one F&F movie from start to finish. I saw bits and pieces of the first one with the JDM stuff which was cool. They spawned a cult following and made billions, kudo's. Just not my cup of tea. Besides RedTXV I would have thought those movies were to low brow for you anyway.

Joined Jul 24, 2015
·
361 Posts
The OPs movie reminds me of Greased Lightening with Richard Pryor which is loosely based upon the first African American NASCAR winner, Wendell Scott.

Joined Jan 18, 2016
·
2,196 Posts
Forgot about Wendell and I remember the movie, Pryor was funny AF. I stand corrected as the first AA in NASCAR.

Stuntman Mike:
Because it was a fifty fifty shot on wheter you'd be going left or right. You see we're both going left. You could have just as easily been going left, too. And if that was the case... It would have been a while before you started getting scared. But since you're going the other way, I'm afraid you're gonna have to start getting scared... immediately! 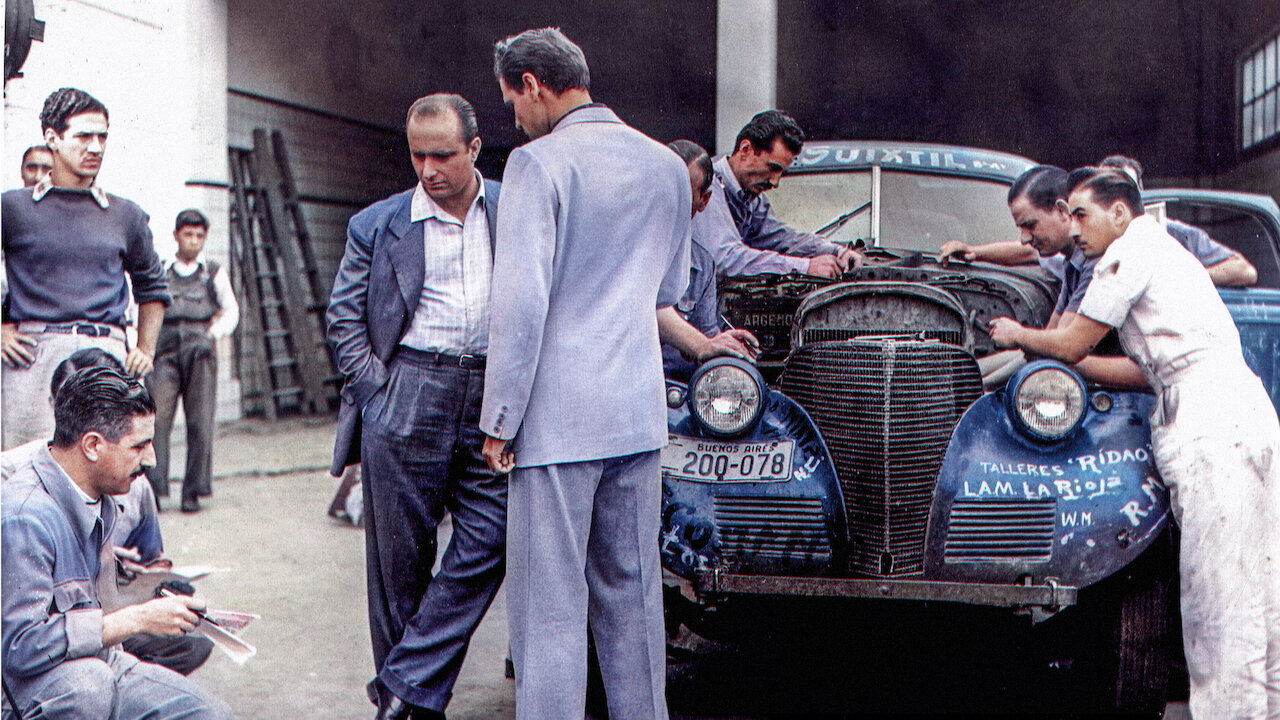 Juan Manuel Fangio was the Formula One king, winning five world championships in the early 1950s — before protective gear or safety features were used.

He was one of my all time greats and I can't wait to see it.

I hope they make a movie about Tazio Nouvolari as well. 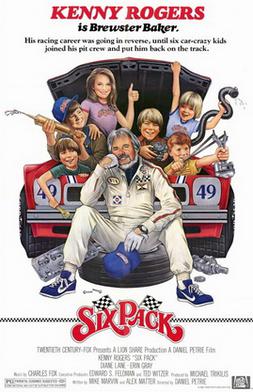 
"Only those who will risk going too far can possibly find out how far one can go." - T. S. Eliot
B

Glory days of 500cc two strokes Roberts, Mamola, Lawson, Doohan, Gardner, Spencer, Rainey, Schwantz. Not sure how they were able to put this on film with the size of the balls that these guys carried in their pants.

I was racing motorcycles at this time and these guys were gods in the racing community. They were such amazing athletes to ride that hard, on the edge without any nanny's. True feel for the bike, man and machine as one unit. There is a fine line of getting on the power with a 2 stroke and riding it at the edge and very few could do it and even fewer could at the top level.

There is always the comparison of now vs then, could today's riders compete with the top riders of yesteryear? I say yes and then some
V

Joined Feb 24, 2012
·
794 Posts
I watched Uppity too. Agree that it was good overall and made the same observation as you did about its one-sidedness. I'm not sure what giving guys like Jack the opportunity to defend themselves would have actually accomplished though anyway. Mark Martin has a good podcast detailing his career and talks about his issues with Jack as well. So, I'm not sure anything with Jack is racial at all but just Jack's style. The one sided thing the most bothered me was the accusation that Robert Yates was giving him bad engines at DiGard and then was somehow rewarded for that by becoming the owner of Ranier Racing. Yates wasn't even with DiGard anymore that season and wasn't building the motors that were blowing up. NASCAR teams are independent entities. Nothing that Yates could have done at DiGard could have possibly lead to him becoming the owner or Ranier as a reward. Yates isn't even alive to defend himself and gets his name drug through the mud over a situation he wasn't involved in at all.
V

Joined Feb 24, 2012
·
794 Posts
There was a Snake and Mongoose movie that came out about the same time as Rush. Lower budget but decent movie. Worth a watch.

OG Netflix where you just got DVDs was pretty awesome as they had tons of old car/racing movies you could borrow the DVDs of. I tortured my wife with all kinds of amazing/terrible "classic" car movies.

OG Gone in 60 Seconds was on Amazon Prime the last I checked. Not sure it still is. If you've never seen it, it is pretty bad. Filmed without sound, all sound dubbed back in later. So all of the speaking is worse than an old Kung Fu movie. Guys talking and no one's lips are moving at all even beyond just the lips no synced to the words.

Oh man, that reminds me of another racing movie, what the hell was it called. It was on Prime video. It had John Travolta in it. He was a driver at the Talladega dirt track. It was bad. But it was a racing movie if you are searching for racing related quarantine entertainment.
V

Joined Feb 24, 2012
·
794 Posts
Oh, that was Trading Paint, you already mentioned it. Damn, here I was thinking Trading Paint was something new for me to watch.

Joined Jan 18, 2016
·
2,196 Posts
Rewatched F v F last weekend. (Can you tell I am bored with no racing) The Mrs. commented on how great of a movie it was even the second time around, I said there is hope for you yet, sweetie.

When it first came out I was pissed that Matt PRIUS Damon was playing Carroll Shelby and I take back all my shitty comments about him. When you are wrong admit it and move on. I was wrong on my worthless opinion of him playing that part he was excellent as CS and I am sure CS would have approved. Hat tip to him.


"Only those who will risk going too far can possibly find out how far one can go." - T. S. Eliot

Joined Jan 18, 2016
·
2,196 Posts
The scene with the SCCA and the wrench throwing is the same today as it was then. I love it when movies "get it right'.
1 - 20 of 30 Posts
Join the discussion
Continue with Facebook
Continue with Google
or sign up with email
Recommended Reading
Read More
Read More
About this Discussion
29 Replies
13 Participants
Last post:
m13s 7 d ago
Cadillac CTS-V Forum
A forum community dedicated to Cadillac CTS-V owners and enthusiasts. Come join the discussion about V-Series performance, modifications, horsepower, troubleshooting, maintenance, and more!
Full Forum Listing
Explore Our Forums
CTS-V Lounge Engine/Supercharger General 09 Up CTS-V Questions CTS-V Parts For Sale New Member Introductions
Popular Communities